Hurricane Irma is picking up speed and power.  Per our updated image here, thanks to the National Weather Service's National Hurricane Center, Irma is expected to be near or ashore in the Florida Keys and possibly the greater Miami area.  Major cruise lines are already canceling cruises ahead of time and sending ships to alternate ports ahead of time.  If you are cruising within the next two weeks you should contact your travel agent or cruise line today.

Symphony of the Seas - the Fourth Oasis Class.

Leave it to the wonders of social media to break the news that Royal Caribbean's fourth Oasis class will be named "Symphony of the Seas." 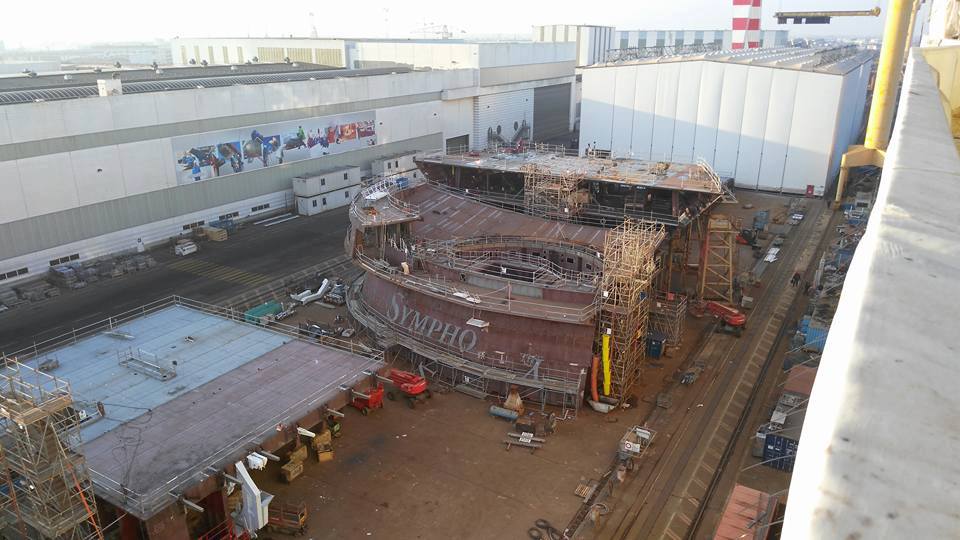 An image shared online by "Lloyd Marchand" shows the aft portion of the ship still being assembled at STX France was photographed and the news has spread widely online.  What you are able to see here is actually several things.  The ship is put together in large "blocks" which are in-turn moved with large cranes and lowered into position where they welded into place.  There are at least three blocks in this picture.  The middle block is where you see the name highlighted against the bear steel.  It is the section hosting the Aqua Theater, one of the signature features of the Oasis class.  Behind this block appears to be a section intended for the bow of the ship.  Finally a larger and flat section is seen in front of it that might be related to the lifeboat deck.