Woman and Husband Left Behind, Kids Party On....

Be on time, it's all the ask.  Know when the ship is leaving.  Allow time to get back.  Don't take excursions you don't know will return or that the cruise line can't track.  And by the way, the ship will in fact leave with the other 3,998 passengers even if you aren't onboard.  You might want to consider all of those things especially important when your kids and family are not coming with you from a cruise ship two days from home. 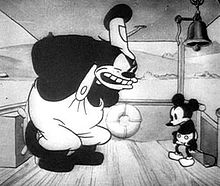 Nobody was hurt.  The ship didn't suffer more than cosmetic damage.  Grand Bahama island did not sink.  However a harbor pilot is going to have a really bad annual review and the Mickey Mouse forever hanging off the back of the Diseny Dream will have some serious work to do following the ship backing into the pier this week.  There are limited pictures of the incident but the tireless staff at CruiseAficionados.com have given us this artists image based on first hand accounts.

It appears the ship was driven into the pier by a harbor pilot by the name of captain Kado Oquoné, seen here in this file photo.

The following YouTube video was posted online, however we have not been able to independantly confirm the authenticity.  Are we the only ones getting sick of watching video recorded by people with phones who can't be bothered to turn the device sideways, seriously get a clue folks, it isn't cute anymore.