Five Things You Missed About Cruising:
#5

We are polishing the FTYMAC format a bit, posting each item by the day.  Countdown style.  So let us begin the week with breaking news.  Or news of breaking.  In this case the gangway bridge at Baltimore cruise port Sunday morning.  The Carnival Pride, arriving from a Bahamas cruise impacted the gangway as it was docking.  The structure crashed to the ground, smashing three cars but did not result in any injuries. 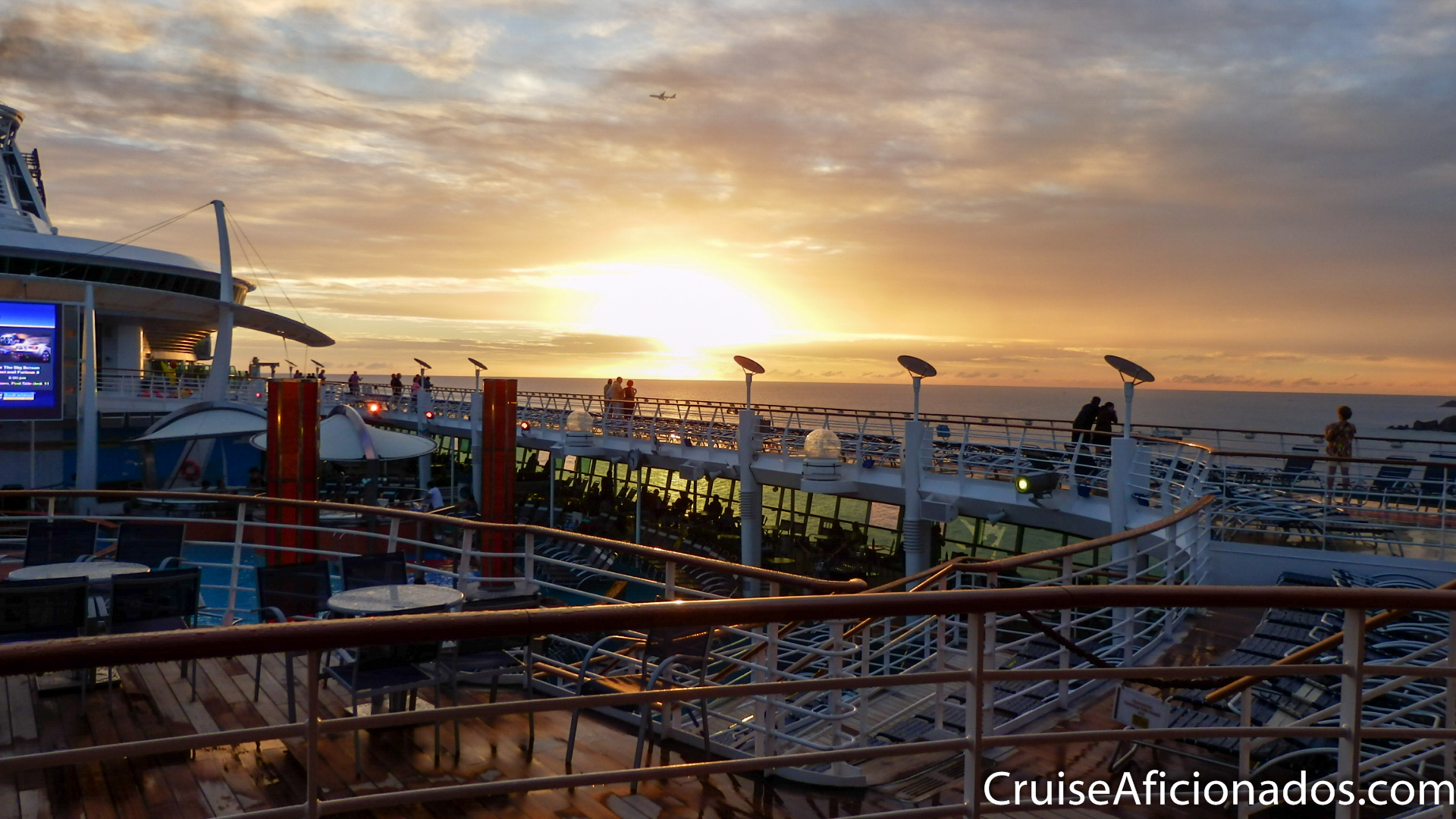 Ah, that first night dilemma.  To go below deck for dinner or the show, or to remain at a railing to watch the sight of the ship putting to sea.  Sometimes that hard choice is made all the more difficult because of the hypnotic image of the city lights at night or the setting sun.

Cruise Aficionados helps you skip having to choose.  Enjoy this video of Independence of the Seas leaving Port Everglades at sunset.  Especially enjoy the traditional salutes by the condos!

My Favorite Cruise: Navigator of the Seas

In January 2007 I took my first cruise in a few years after work and family had settled down.  I choose Navigator of the Seas, which through friends I had the opportunity to know was being mastered by Captain Leif Otto Bang.  His wife Darlene was aboard with him.  This would be my fourth cruise and stands to this day as my personal favorite.

The Voyager class is comprised of five ships.  Navigator was the fourth unit built.  Not only that Captain Bang had himself overseen her construction.  She follows the same basic design all ships in her class share.  However unlike the Voyager, Adventure and Explorer of the Seas, her balconies are hung outside of the main hull.  This didn’t lead to any additional space within the ship but allows for more crew access.  I found the ship had a deeper color scheme than her younger sisters.  More dignified, lots of darker reds and such.  The ship and her crew gave off a tangible vibe that spoke of pride.  I had heard Captain Bang was among the most senior masters in Royal Caribbean and had helped train and mentor many in their fleet and others.  She has been extensively and regularly updated over the years and remains a highly popular ship.

Read more: My Favorite Cruise: Navigator of the Seas

Independence of the Seas off the west coast of Cuba.

I spend as much time on deck as I can.  Night or day the sound of the water or the views from the ship would be enough to entertain me even if there weren’t so many other things to do.  I consider myself very luck on days when the ship is not alone at sea.  During the course of a day you eat lunch with the familiar shapes of ships you were in port with or passing by on their way to the places you have been.  There is an almost fraternal feeling you get seeing other cruise ships, sometimes even the mundane freighters plowing through the water.

Read more: Independence of the Seas off the west coast of Cuba.